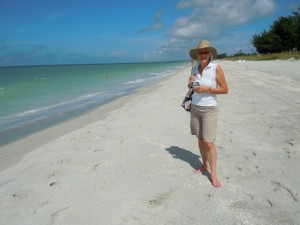 The beach at Captiva

We have just had a delightful holiday in South Florida with palm trees and pelicans, sculpture gardens and sea shells, Bird of Paradise plants and Great Blue Herons – fabulous Florida! 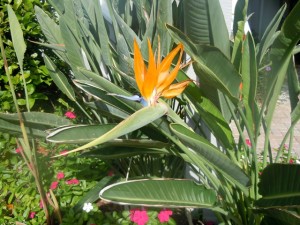 Strelizia reginae at the entrance to the apartment

Strelizia are house or conservatory plants in the UK but can be put outside in a pot the summer in a sheltered position needing to stay above 10deg C.  During the winter keep the plant almost dry but water freely and feed regularly in the summer.  The bird-of-paradise flower, or crane flower as it is sometimes known, was first introduced into Britain in 1773 by Sir Joseph Banks, then the unofficial director of the Royal Gardens at Kew (as they were known at that time). He named the exotic-looking plant Strelitzia in honour of Queen Charlotte, wife of George III and Duchess of Mecklenburg-Strelitz, who lived at Kew for many years.

We stayed with friends in Palm Beach in a stunning apartment overlooking the ocean watching the many pelicans fly past in formation and plunge to feed. They have air sacs in their neck/shoulder area to protect them from impact as they dive.  There were a pair resting in the heat of the day in a tree just outside our window – one definitely keeping a beady eye on what I was doing! 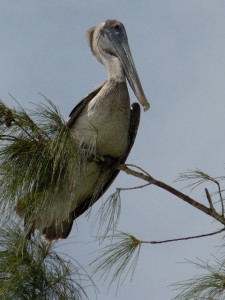 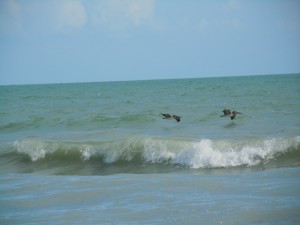 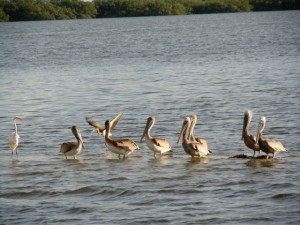 Pelicans getting ready to roost. Notice the Egret on the left and the curved beak Ibis behind. 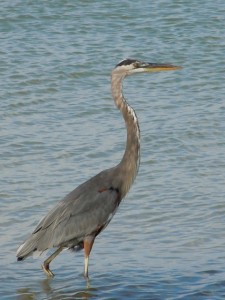 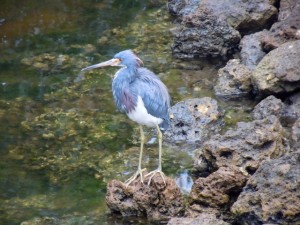 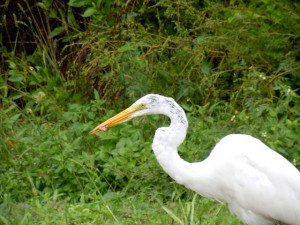 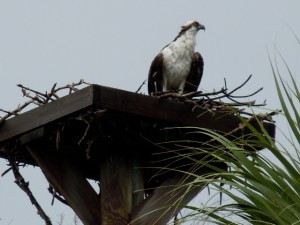 Osprey nesting on man made platform erected after hurricanes damage to the tall trees in the area.

These photos were taken on Sanibel Island on the gulf coast of Florida in the Ding Nature Refuge. http://www.fws.gov/southeast/pubs/facts/jndcon.pdf 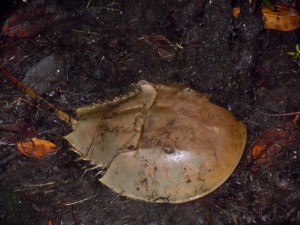 Horseshoe crabs look similar to crustaceans, but actually belong to Chelicerata, and are therefore more closely related to spiders and scorpions.

Sanibel is an island at 90 degrees to the mainland with a unique ecosystem because it is fed with fresh water from the 2nd largest lake in USA, Lake Okeechobee.  Tarpon Bay contains shallow brackish water with mangrove ‘islands’ providing a home to millions of wading birds, dolphins and we even saw a manatee.  We were hoping to spot an alligator but had to make do with a horse shoe crab.

Sanibel and neighbouring Captiva are also a shell seeker’s paradise because the east-west orientation of Sanibel’s south end acts like a shovel scooping up all the seashells that the Gulf imports from The Caribbean and other southern seas. People come from all over the world and parade along the sands doubled over in a stance that’s been dubbed the Sanibel Stoop.  Local shops sell everything from shell jewellery to lacquered shell toilet seats!

The gardens surrounding the apartment were palm trees in an ocean of colour – Oleander, Plumbago and Hibiscus, with clipped hedges of Ficus and mass plantings of Croton (UK houseplants in the main!) Neighbours in my old home on the Wirral penninsular had a double Oleander growing on a south facing wall but unless you are in a very sheltered area the Oleander needs the protection of a conservatory. 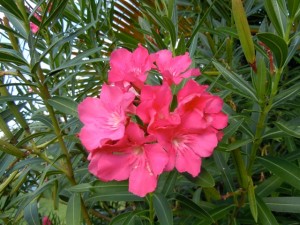 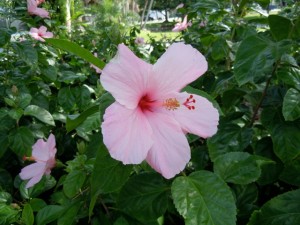 Hibiscus will grow in the UK and I have had a white one in a pot in Ascot for several years. This deciduous shrub has an exotic feel to it, but is just at home in a herbaceous border as it is in a tropical-style garden. It is best planted in a sunny spot as it does need a long, hot summer to flower well. It has limitations – the new foliage doesn’t appear until late spring and it flowers late in August (by which time the cool evenings make the flower buds drop off!) 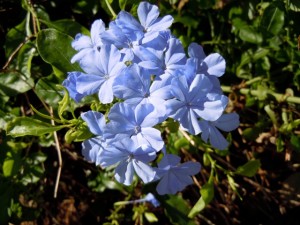 This half hardy vigorous climber is wonderful in pots in the UK conservatory supported on a trellis or on a warm south facing wall for the summer.

I persuaded my long suffering husband to visit the Ann Norton Sculpture Gardens in West Palm Beach and even he was delighted by the place. www.ansg.org

Ann Norton, a sculptor, married a wealthy sponsor of the arts and transformed their home into an enchanting garden filled with rare palm tree species and sculpture on a massive scale (there is also a distinguished Norton Museum of Art www.norton.org ) 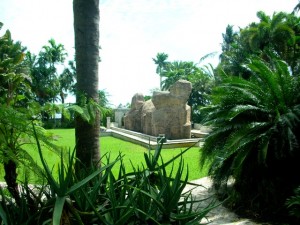 View from the house 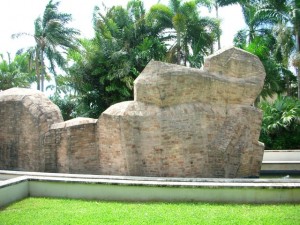 View from the house.  This massive sculpture is built from hand made bricks and represents a mountain range surrounded by water. 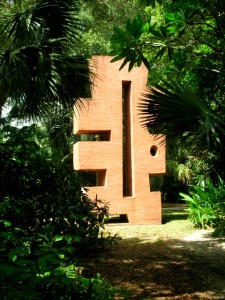 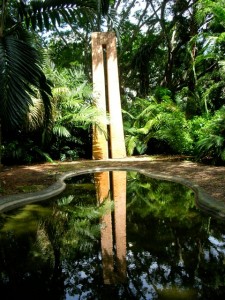 Monumental reflections with light and palms 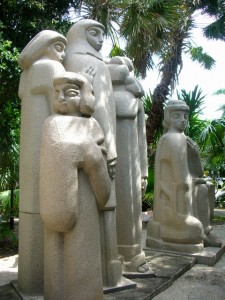 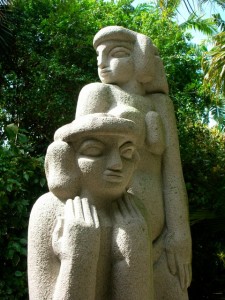 These gardens sit behind a ‘normal’ family house in a domestic neighborhood, which makes the place all the more surprising – the palm trees hide most of the sculptures from view until you are almost on top of them. 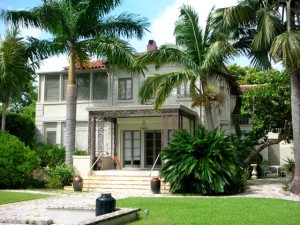 We celebrated our last evening in Sanibel by taking a shallow bottomed boat out into the bay to watch the birds coming home to roost – Pelicans and Ibis, Egrets and Herons, Cormorants and Anhinga nest together in the mangrove branches safe from predators in middle of the bay. 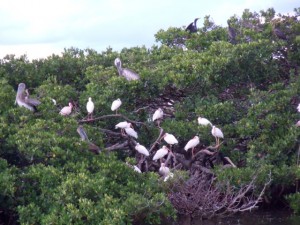 Roosting in the mangroves 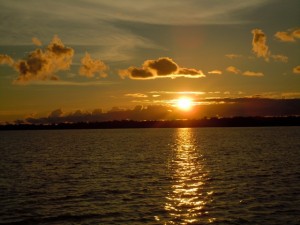 This entry was posted in Ascot Matters. Bookmark the permalink.